Can a father tragically lose one of his precious children to cancer and be ok? What if they could find joy again?

This is my very first guest post on the blog and I couldn’t be more excited because I think what you are about to read could change your life. The guy who wrote this post is one of my favorite people on the PLANET! He’s an adventure-seeker, lover of the outdoors, skydiver (yeah, he’s CRAZY!) and family man who loves God, Chad Barrett. 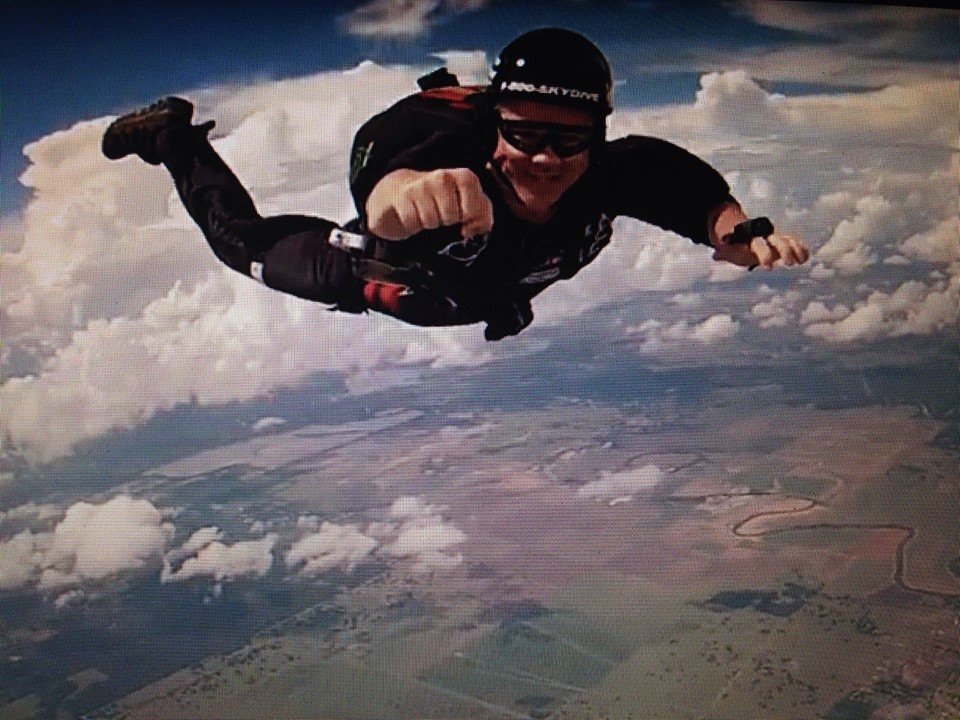 Please share this with someone who might be battling cancer and knows all about the fight. Share it with families who have been affected by cancer (which is so many of us.)

I pray that Chad’s words touch your heart today.

“When Joy Found Me” by Chad Barrett

I once swam in a stormy ocean barely able to survive, battered by angry waves, and clinging on to life with each precious breath of oxygen…

Remember when Jesus told Paul in 2 Corinthians 12:9, My grace is sufficient for you? I used to think God’s grace was just enough oxygen for us to survive.

Remember when Peter walked on the water in Matthew 14? I used to think the most important part of that story was Peter sinking.

I also used to be riddled with anxiety and depression for several years. It was off and on for a while, but it intensified as struggles in ministry grew worse. I remember doing word studies on the word joy in the Bible—seeking how I can make it replace my anxiety and depression. It seemed that full joy was always just out of my reach. And sometimes it felt like it was miles away.

I yearned for that great, abundant life Jesus mentioned in John 10:10. “I came to give them life, and life more abundant,” He said. But where was my abundant life? Where was myjoy?

So I interpreted parts of Scripture through the lens of my own life experience—never a good thing to do. To me, God’s grace barely enabled me to survive. And I felt like I was always sinking in the stormy ocean of life. If you battle anxiety and depression, then you know what I’m talking about.

Then on August 23, 2010, after many weeks of tests, my wife and I received a phone call from our 8-year-old daughter’s doctor at Texas Children’s Hospital in Houston.

“I’m sorry, Mr. and Mrs. Barrett. Your daughter has cancer.”

Someone had just sucked all the oxygen out of the room. Images of Kristina dying and my family being destroyed because of it flooded my mind. Kristina’s cancer was rare, and there was no known treatment. Clear Cell Sarcoma is a death sentence if it spreads, and it had already spread to her lungs.

Our family is still intact. Life exists in our home. And we have one less child on this earth.

Our Kristina went to be with Jesus on June 21, 2014 in our home at 8:47am. She had just turned 12. She battled cancer bravely for 4 years. In fact, she battled cancer with something for which I had longed. She possessed something that was real and amazing and contagious. With it she inspired many people, including me. 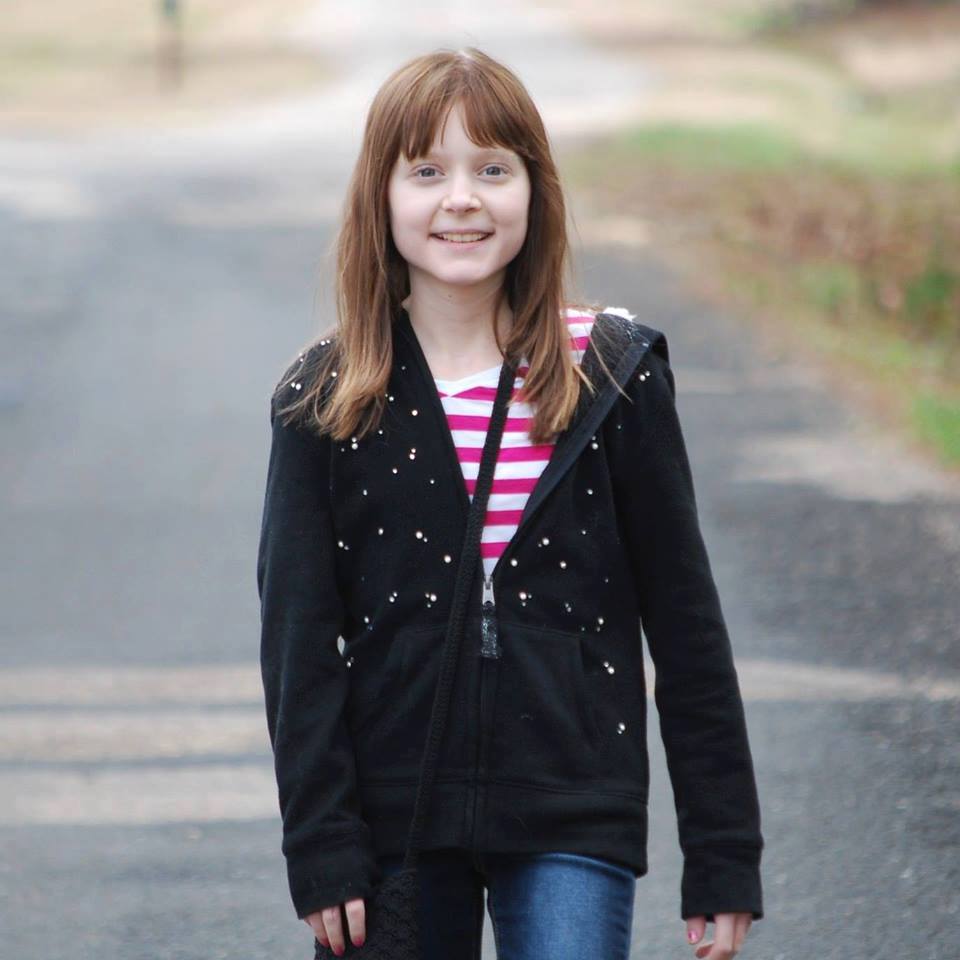 She possessed joy. She laughed. We all did. Sure, there were times of heartache. Anyone who has battled cancer probably knows the term “scanxiety.” That’s when you wait for the results of your latest scan to see if the treatment is working or not.

But through those 4 years, something amazing happened to our family. To me.

I realized that God’s grace is not sufficient for me to survive. That would not be a very good grace. Rather, His grace is sufficient for me to thrive! I watched my daughter thrive while she had a terminal disease. She wants people to know God through her battle. (Yes, I still use the present tense when talking about her.) Thousands have heard her story with the gospel, and many have trusted in Jesus as Savior! That’s part of thriving. But I used to picture God’s grace as just enough air for me to hold my breath for a couple more minutes as I sink back down into the stormy ocean. Then I would come back up for another breath of grace and sink back down again.

But I know that’s incorrect.

I used to think the most important part of the story about Peter walking on water was when he began to sink. But I know that’s incorrect, too. The best part was that Peter walked on water—WITH JESUS! It’s the natural doing the supernatural.

It’s enough for me to thrive, not just survive.

I once swam in a stormy ocean barely able to survive, battered by angry waves, and clinging on to life with each precious breath of oxygen.

But I don’t have anxiety attacks anymore. My depression has been gone for almost 4 years. The cycle has been broken by the all-sufficient grace of Jesus. His grace is so sufficient, that he took a man riddled with anxiety and depression, pulled him up from under the water in the worst storm of watching his child die, and then began walking with him on the top.

In other words, I found joy.

Or maybe, it found me. 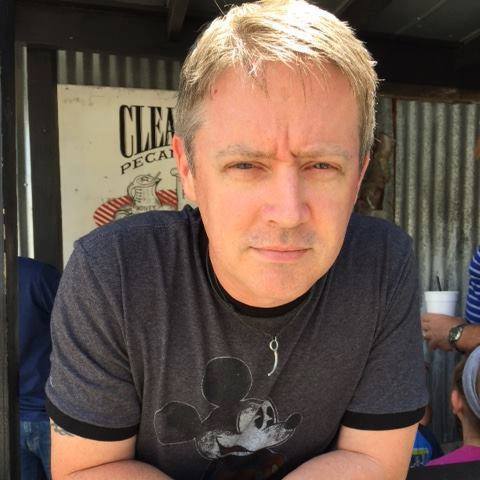 It’s no surprise Switchfoot would want to endorse this amazing event. Expedition for Hope is not just about adventurous expeditions. Chad is doing it for Kristina and the team is doing it for the purpose of raising funds for Children’s Cancer Recovery Foundation (CCRF). Visit bwww.childrenscancerrecovery.org.

This June 2016, they’ll be climbing Mount Hood, the 2nd most climbed mountain in the world, to help CCRF kids. I love people who are making a difference! Go Chad! Go Expedition for Hope!

One thought on “When Joy Found Me”