Puerto Rico, the island where I grew up, will have a Christmas like never before. And not in a good way.

We don’t hear about it as much in the news, since hurricane season is over, but the island is having a very difficult time. The recovery has been painfully slow after Hurricanes Irma and Maria devastated our little Caribbean pearl. Mi perla del Caribe.

Since the storm hit, I’ve been heartbroken. I’ve felt helpless. Anytime I hear there’s anything that can be done to help, I get excited and try to help when we can. And honestly, many people have stepped up to the task.

I’ve heard of people who have donated their money and time. From pastors to cardiologists. Many have volunteered and sent supplies. Families have shipped generators (since much of the island still doesn’t have power) to help their abuelos and other relatives. Many are praying and doing whatever they can to help.

My mother-in-law on the island asked us to not send money, but to please ship supplies, which for them are hard to find. Believe it or not, things like diapers (for adults and babies), baby food, flashlights and batteries among other “hurricane must have items” are hard if not impossible to get anywhere on the island.

Send ALL the care packages

But then, a co-worker forwarded me an email with an offer to help.

A lady who listens to the radio station I used to work at, KSBJ, had an extra supply of items that were donated from children all over the country! Students from all over the U.S. took up donations of some of those much needed supplies (toiletries, some backpacks and stuffed animals for kids, etc…) and sent them to Houston Montessori Center to distribute to Hurricane Harvey victims and anyone else in need.

This wonderful lady, Sandi Brock, asked if we knew someone who could use the supplies.

My mother in law had been working with our church and other community groups to distribute the supplies, so I knew it would be a blessing to send them her way!

We ended up with ten … TEN boxes, stuffed with supplies, headed to Puerto Rico!

But the cost of shipping the 10 boxes would be too much for me to just cover out of pocket. I reached out to my co-workers, explained the situation, and two amazing people replied in a surprising way!

My friend Steven Kay offered to cover up to $500 from money that he wanted to make sure would go to a great cause. Wow! And another friend, Larry, handed me an envelope with $100 to make sure all the boxes would go! Wow again!

Not only that, but Steven also showed up and helped the kids and I do what we could have never done on our own. Between the 4 of us, we were able to carry all ten boxes (some heavier than others), load them into his car, take them to the post office, get them taped and sealed, and make sure they all got shipped.

Let’s take ALL the boxes for Puerto Rico!

My kids were with me that day, and they were A-MA-ZING, helping in every way they could! In the picture below, there’s Steven with as many boxes as fit on that dolly. My son Chris has one more box, and my daughter Ally is trying to carry another box! They were the best helpers!

They’re cute, waiting as we load ALL the boxes into our friend Steven’s car. Ally was still wearing her PJs from Polar Express Day at school! And Chris is rocking his cool middle school look. 😉 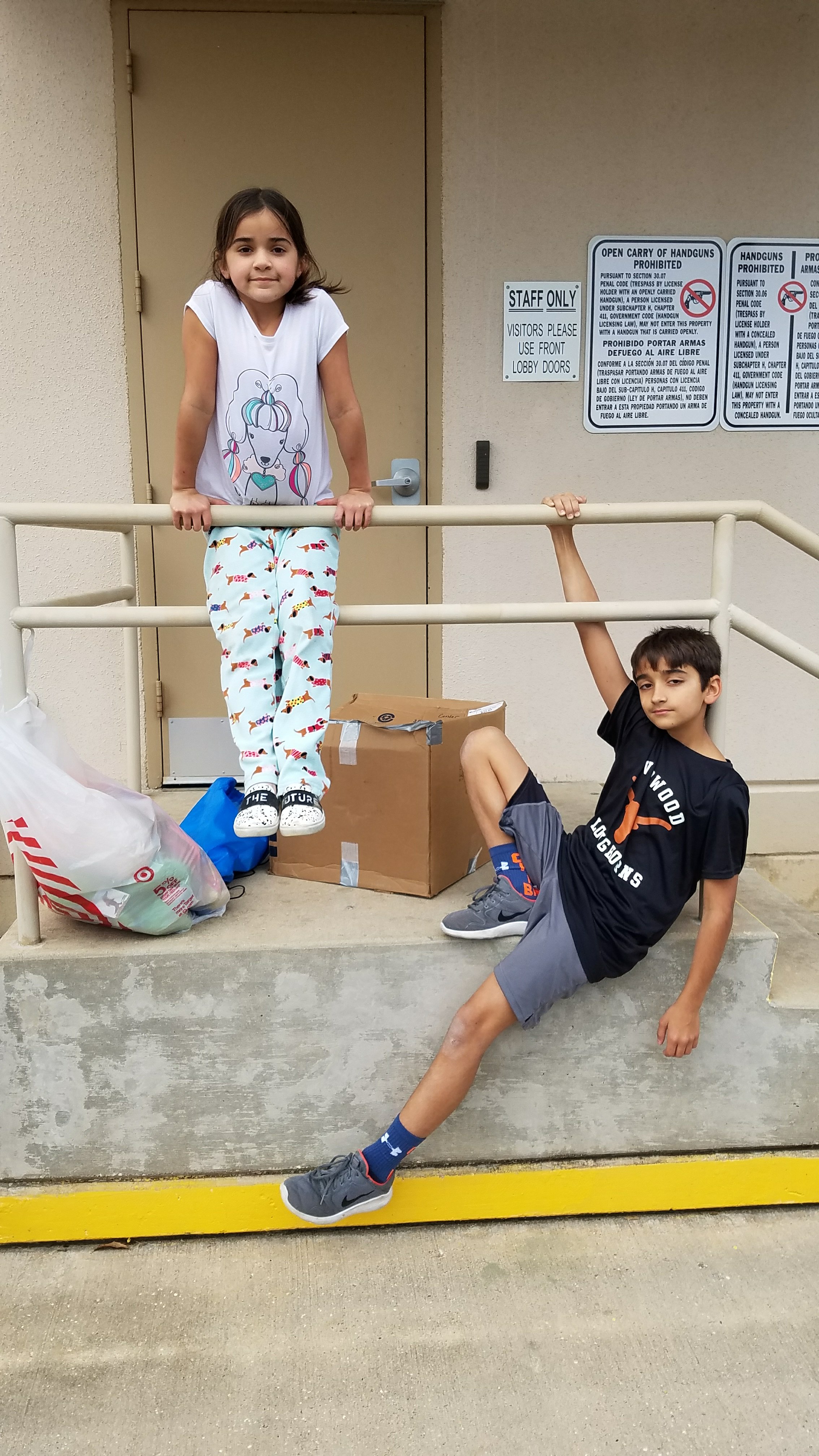 Finally, we’re on our way to the Post Office! 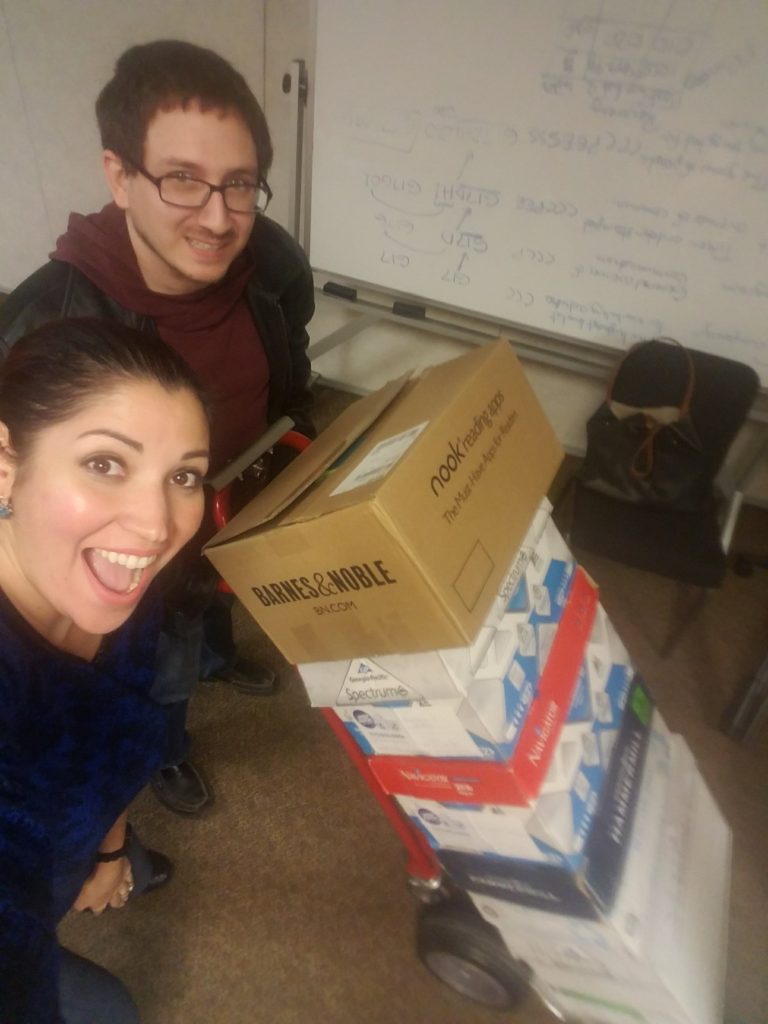 Thank you, Steven and Crystal (USPS worker) for making it happen!

Yes, I’m excited! Let’s send ALL the boxes to Puerto Rico! (And thanks, papi, for taking the pic!)

And there they GO! Bye, boxes! 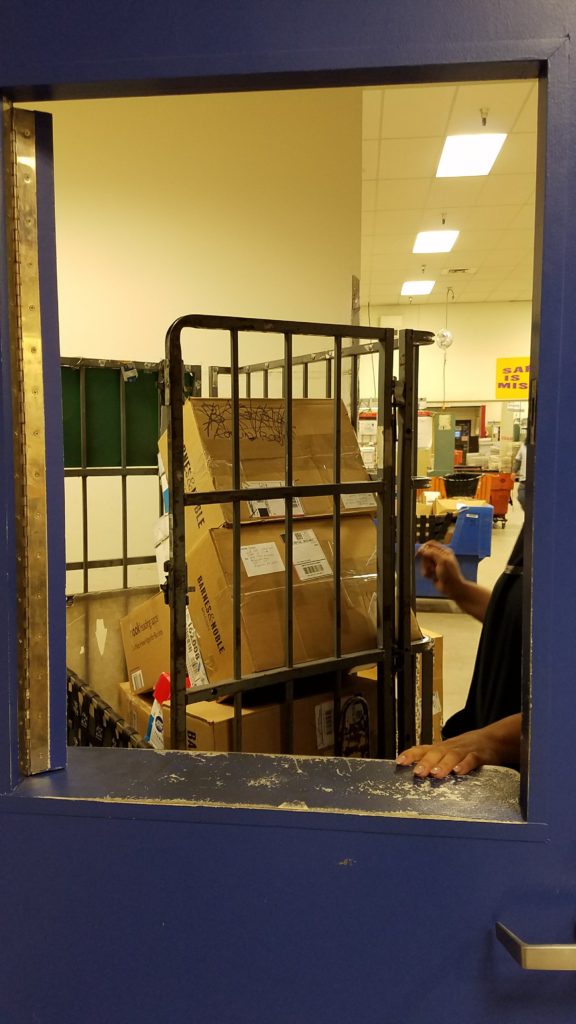 Thank you, Steven, Sandi, Larry and kids from all over the U.S. Puerto Rico says thank you. Gracias.

We hope all the boxes arrive in time for the holidays!

If not for Christmas (which might be a miracle), at least for “Three Kings Day”!

Just in case you’re not familiar with Three Kings Day, it’s like “Christmas part 2!” On January 6th, the island (and other latin countries), celebrate Epiphany, or the day when the three wise men brought baby Jesus gifts of gold, frankincense and myrrh.

It’s a fun tradition where kids put grass in shoe boxes for the wise men’s camels on their way to see baby Jesus. As they pass your home, they stop for a snack (the equivalent of Santa’s milk and cookies), and leave gifts before continuing on their way to the manger, to worship the King!

If you would also like to help, this PBS News Hour article has practical tips on what YOU can do to help Puerto Rico.

And I’m THRILLED about this other way to help: one of my favorite celebrities, Broadway superstar Lin-Manuel Miranda teamed up with Toys R Us to help send 10,000 toys to Puerto Rico for Three Kings Day!!! AAAAHHHHH!!!

6 thoughts on “Help for Puerto Rico during the Holidays ”